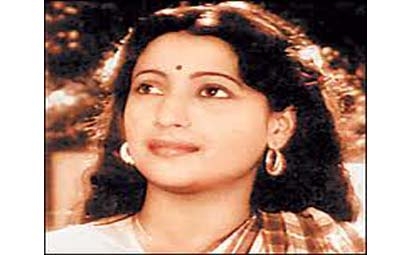 Legendary Bengali actress of yesteryears Suchitra Sen, died in a Kolkata hospital at 83 on Friday. Hospital sources said she died of cardiac arrest at 8.25am. She was admitted to the Belle Vue Clinic on December 23 with severe respiratory tract infection. Since then she had been frequently in and out of the danger zone. Sen, who was also called Bengal’s Greta Garbo, began her career with the Bengali film ‘Shesh Kothay’ in 1952 and is known for her role in Bimal Roy’s ‘Devdas’ (1955) and ‘Aandhi’ (1975). She was also the first Indian actress to be awarded at an international film festival – Best Actress award for ‘Saptapadi’ at the Moscow film festival in 1963. But after her 1978 movie, ‘Pronoy Pasha’ flopped, she disappeared from the public eye and even allegedly refused the Dadasaheb Phalke Award in 2005 preferring not to make a public appearance. “An era has ended,” remarked veteran actress and film director Aparna Sen in her immediate reaction.

BBC Online : More than 200 civilians in South Sudan have drowned in a Nile ferry accident while fleeing fighting in the town of Malakal, an army spokesman has said.He said women and children were among the victims in Sunday’s disaster.More than 350,000 people have been displaced by the fighting between the South Sudanese government and rebel forces, according to the UN.Rebels say they have captured Malakal, which is the gateway to the oilfields of the Upper Nile region.However, this...
January 16, 2014