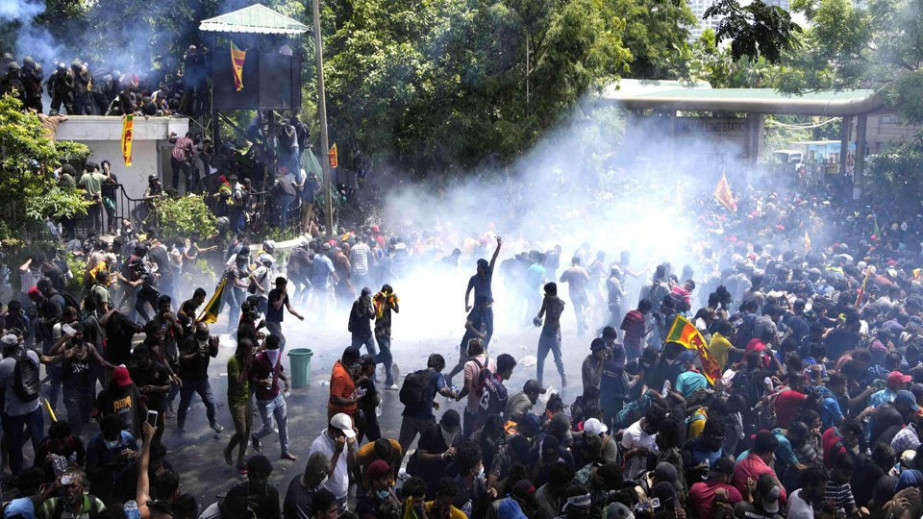 Military troops were moving Thursday to secure Sri Lanka’s parliament building against a takeover by protesters infuriated by the country’s economic collapse and the embattled president’s failure to resign a day after fleeing the country.

With the country sinking into political chaos, President Gotabaya Rajapaksa and his wife fled to the Maldives on Wednesday aboard an air force jet. He made the prime minister acting president in his absence — a move that further roiled passions among a public that blames Rajapaksa for an economic crisis that has caused severe shortages of food and fuel.

Rajapaksa had promised to resign by Wednesday night, and since Sri Lankan presidents are protected from arrest while in power it’s likely he planned his departure while he still had constitutional immunity and access to a military jet. It was unclear exactly where he was in the Maldives, an archipelago of hundreds of islands dotted with luxury tourist resorts, and where he planned to travel next.

Troops in green military uniforms and camouflage vests arrived by armored personnel carriers at the parliament building, anticipating more protests after a group attempted to storm the entrance the previous day, clashing with police who fended them off with tear gas and batons.

Some protesters posted videos on social media pleading with others not to storm the Parliament, fearing an escalation of violence.

On Wednesday, protesters who were undeterred by multiple rounds of tear gas scaled the walls to enter the office of Prime Minister Ranil Wickremesinghe as the crowd outside cheered in support and tossed water bottles to them. Protesters took turns posing at the prime minister’s desk or stood on a rooftop terrace waving the Sri Lankan flag.

“We need both … to go home,” said Supun Eranga, a 28-year-old civil servant in the crowd on Wednesday. “Ranil couldn’t deliver what he promised during his two months, so he should quit. All Ranil did was try to protect the Rajapaksas.”

Demonstrators also have crowded inside the presidential palace they began occupying over the weekend and are vowing to stay in both buildings to press their demands for a new government. Some set fire to Wickremesinghe’s private residence, and his whereabouts were unknown.

Wickremesinghe’s office has imposed a state of emergency giving broader powers to the military and police. Defense leaders have called for calm and cooperation with security forces — comments that have rankled some lawmakers who insist civilian leaders would be the ones to find a solution.

The protesters blame Rajapaksa and his powerful, dynastic family for leading the country into an economic abyss, but they are also furious with Wickremesinghe, whom they accuse of protecting the president. Many believe that his appointment in May alleviated pressure on Rajapaksa to resign.

Both leaders said after the protests escalated over the weekend that they would resign, but Wickremesinghe said he will not leave until a new government is in place. He has urged the speaker of Parliament to find a new prime minister agreeable to both the ruling and opposition parties.

It’s unclear when that might happen since the opposition is deeply fractured. But assuming that Rajapaksa resigns as promised, Sri Lankan lawmakers have agreed to elect a new president on July 20 who will serve the remainder of Rajapaksa’s term, which ends in 2024. That person could potentially appoint a new prime minister, who would then have to be approved by Parliament.

The political impasse threatens to worsen the bankrupt nation’s economic collapse since the absence of an alternative government could delay a hoped-for bailout from the International Monetary Fund. In the meantime, the country is relying on aid from India and China.

Protesters accuse the president and his relatives of siphoning money from government coffers for years and Rajapaksa’s administration of hastening the country’s collapse by mismanaging the economy.

The family has denied the corruption allegations, but Rajapaksa acknowledged some of his policies contributed to the meltdown.

The shortages of basic necessities have sown despair among Sri Lanka’s 22 million people. The country’s rapid decline was all the more shocking because, before the recent crisis, the economy had been expanding, with a growing, comfortable middle class.

“Gotabaya resigning is one problem solved — but there are so many more,” said Bhasura Wickremesinghe, a 24-year-old student of maritime electrical engineering, who is not related to the prime minister.

He complained that Sri Lankan politics have been dominated for years by “old politicians” who all need to go. “Politics needs to be treated like a job — you need to have qualifications that get you hired, not because of what your last name is,” he said, referring to the Rajapaksa family.

After the president fled to the Maldives the whereabouts of other Rajapaksa family members who had served in the government were unclear. 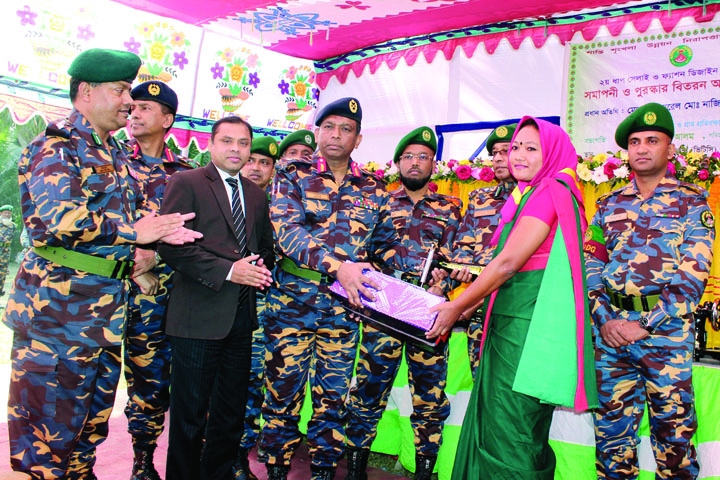 China, Japan engaged in a war of words

Leader knows when to say bye