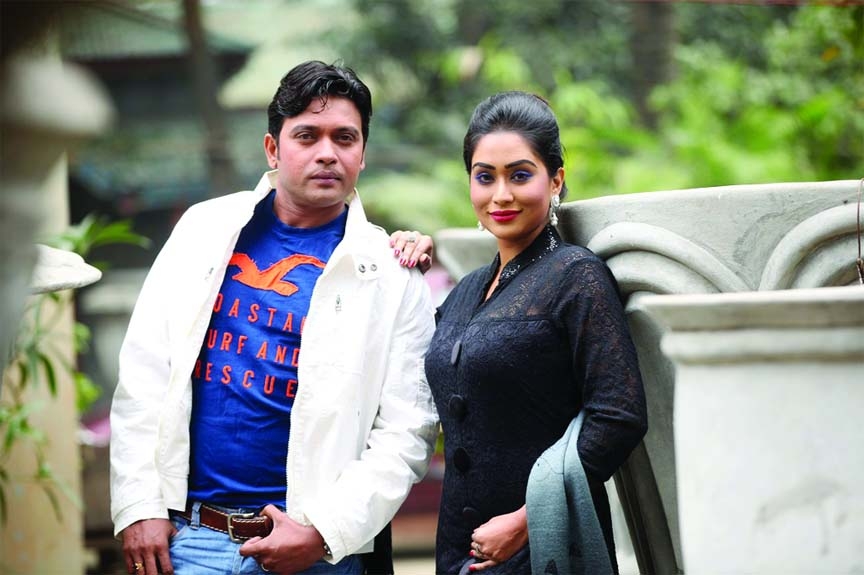 Shooting of National Film Award winning actress and Lux superstar Jakia Bari Momo and popular actor Anisur Rahman Milon acted movie Prem Korbo Tomar Sathey began at Dipjol’s shooting studio at Phulbaria in Savar on Wednesday.
Story of the movie was written by Abdullah Zahir Babu, while it is being directed by Rokibul Alam Rokib. Momo and Milon are performing as pair in this love-action based movie.
After a break of six years, Momo is acting in any movie. For this reason, she has a great expectation in this regard.
While talking in this regard Momo told this correspondent, “With everybody’s pray I have started to work in a new movie again. I am giving thanks to all including director of the movie. I am requesting to the viewers to go to the cinema halls to watch my movie and to return my love to all.”
Hero Anisur Rahman Milon shared his feelings by this way, “There is a filmic thing in Momo, she should utilise it earlier, I think so. Though she has started to utilise it lately, but it will be positive thing for our film industry. I believe she will now become regular performer in the big screen. In the meantime, I am giving thanks to its director Rokibul Alam Rokib to give me the opportunity to perform in an outstanding role in his movie, which is full of a nice story.”
It may be mentioned that Jakia Bari Momo acted first movie was popular TV actor and director Tawquir Ahmed’s Daruchinir Dweep.
Jakia Bari Momo informed that if she would get better story and role, she could perform in the big screen regularly.
On the other hand, Anisur Rahman Milon has already finished work of Zakir Hossain Raju directed movie Moinamoti. Shooting of Milon acted several movies are going on now. These are: Shah Alam Mondal directed Bhalobasha Shimahin, Iftekhar Chowdhury directed One Way and Ananyo Mamun directed movie Romance.
It may be mentioned that Zayed Khan is another hero in movie Prem Korbo Tomar Sathey. Sharmily Ahmed is also acting in an important role in the movie. 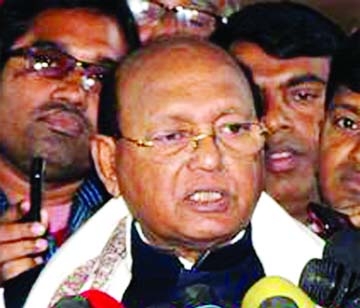 Members of the minority community staged a rally on Friday in front of the Jatiya Press Club protesting attack on them after Jan 5 election.