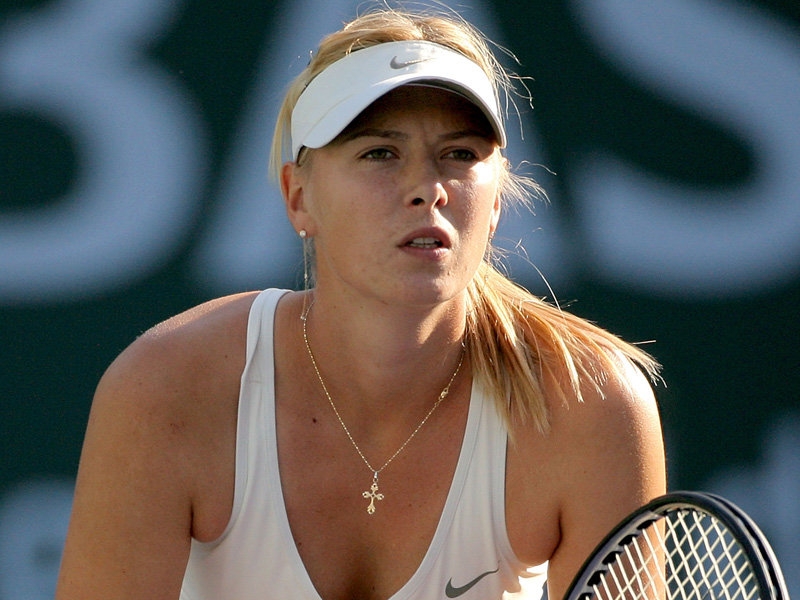 Russian star Maria Sharapova said Thursday her intense training after shoulder surgery had paid off after surviving a big scare against Karin Knapp in intense heat at the Australian Open.
The third seed battled through temperatures of up to 42 Celsius (107.6 Fahrenheit) and a third set lasting nearly two hours to overcome the 44th-ranked Italian 6-3, 4-6, 10-8 to make the third round.
The four-time Grand Slam champion was forced to stay on court for three hours 28 minutes as she seeks her first major title since the French Open in 2012.
The conditions were so tough that organisers suspended play at the tournament midway through the third set. However, under tournament rules, Sharapova and Knapp had to finish the set before coming off.
“I’m really happy to get through, I really am,” she said.
Now under coach Sven Groeneveld after a failed, one- tournament partnership with Jimmy Connors, the 26-year-old is coming back from surgery, and she struggled against Knapp.
Her serve let her down and she only converted seven of 20 break points.
Sharapova admitted she went through the whole gamut of emotions.
“You have so many mixed emotions because you have opportunities and chances, and then you’re down and then you feel you’re out. So you’re going through all of this within these three hours or more,” she said.
Sharapova got the match at Rod Laver Arena underway by holding serve and Knapp did the same as the two players got the measure of their games.
The Russian struggled with her serve in the first round and it again posed a problem, with three double faults in the third game allowing Knapp to get an unexpected break.
But the Italian failed to make the most if it, losing her next service game to love as Sharapova’s probing baseline shots started finding their mark.
The Russian, at her 11th Australian Open, which she won in 2008, held serve to go 3-2 in front and began applying the pressure, finally getting another break.
She held as Knapp started wilting in the oven-like conditions and she served out the set before donning an ice vest and gulping water at the changeover as she desperately tried to cool down.
Knapp didn’t give up and bounced back in a close-fought second set, making the most of too many Sharapova errors to level the match.
The heat rule was in effect, giving them a 10-minute break between the second and third sets, and Sharapova returned refreshed.
The pair traded breaks before Sharapova had three match points in the 10th only to throw them away. With Knapp then holding serve, Sharapova had to serve twice to stay in the match before breaking in the 17th and serving out for victory.
Sharapova, who returned from injury at the Brisbane International this month, next plays French 25th seed Alize Cornet.

Reiterating US’ position on the January 5 polls, US Ambassador in Dhaka Dan Mozena on Sunday said his country’s commitment to work with Bangladesh and its people remains ‘undamaged’.“As US Ambassador here, I’ll do everything I can do to support Bangladesh to move forward,” he said mentioning that his vision is to see Bangladesh as the next Asian Tiger.The US diplomat came up with the remark while talking to reporters emerging from the Bangabhaban ceremony.Expressing US’ disappointment on the results...
January 12, 2014

Portfolios distributed among council of ministers