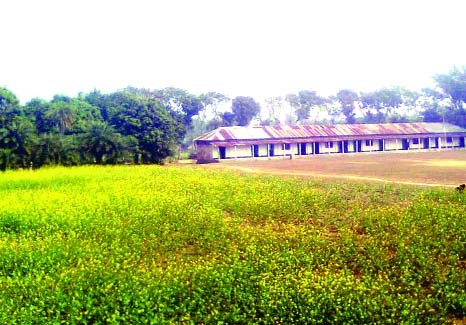 Bagerhat Correspondent :
Bagerehat district town and nine upazilas have been experiencing severe cold spell along with chili wind blowing from the north and foggy atmosphere for the last few days. As a result the normal life of the people of the district has been paralyzed and 5 persons so far died in the district due to cold-related diseases.
The victims are Mohammad Abdul Gaffar Hawladar (65) of village Dakkhin Sutalari under Morrelganj Upazila, Md. Nurul Islam (87) of village Shankibhanga, Chehara Begum (66) of village Guabaria, Arabjan Begum (87) of village Baraikhali and Amena Begum (89) of the same village under the same Upazila.
The sun is hardly visible due to foggy atmosphere. The people are not willing to go out of their houses in the morning before 10 am and after 5 pm in order to avoid the biting of cold. The poor homeless people and the people of slum areas and particularly, the old and children are the worst affected. Due to the prevailing of the cold spell a number of cold related diseases, particularly pneumonia have broken out in the various places of the district and the children and the old are the main victims of the diseases Dr. Asim Kumar Samaddar, medical officer of Morrelganj Upazila Health Complex tells the newsmen that the patients of the cold related diseases are on the increase in the Health Complex due to the prevailing of the cold spell. He apprehends that if the cold spell prevails further more days children of the Upazila may be the victims of various cold related diseases, particularly pneumonia.
Rangpur Correspondent adds: Severe cold accompanied by dense fog has paralysed life in 8 districts under Rangpur division.
Foggy weather along with biting cold now being felt more intensely has almost halted the normal life. The biting wintry chill over the last one week caused untold sufferings to the common people especially the low income group are the worst victims.
The day to day activities of the people came to standstill owing to the sudden fall in temperature which dipped to 8.8 to 12 degree Celsius during the week. Rangpur Met office recorded this season’s lowest temperature 8.8 degree Celsius on Wednesday in the district. As people are forced to stay indoors, business and official activities are seriously hampered while attendance in the schools and colleges became thin.
Meanwhile, cold related diseases like diarrhoea, pneumonia and asthma have broken out in the region according to Rangpur medical sources. At least 30 people including 22 children died from different cold related diseases in the region during last one week, sources added.
Daily bread earners especially day labourers don’t have the ability to purchase warm clothes as they cannot go out for work due to the fog and biting cold as a result they have to pass days half-starved. Basir Ali (62) a day labourer at Jaigirhat area at Mithapukur upazila in Rangpur district. told The Financial Express that he has been facing shivering cold during the last one week as he doesn’t have the ability to buy warm cloth because he can’t go out for work owing to thick fog and cold, he has to pass days in near-starvation”, he said.
People living in the char areas beside Teesta, Dharla and other rivers of the region are mostly affected. Thousands of people in the districts under Rangpur division have been passing days miserably without warm clothes. Moshiar (65) at Char Monnaya village under Kawnia upazila of Rangpur district told T N N that there seems to be nobody to see the misery of the rural poor as neither the government nor any non-government organisation has come forward to mitigate their sufferings.
The hard hit rural and char people keep them warm in the heat of bonfire. Many were found crowded beside makeshift shops in the town footpaths to buy warm clothes despite high prices.
District relief officer Rangpur Abdus Salam said, “We distributed the allotment of warm clothes to the clod affected people of the district. We have sent emergency message to the concerned ministry for more allotment”, he added.
On the other hand, farmers are worried as many potato fields and IRRI-Boro seed beds have been affected due to inclement weather, sources said. 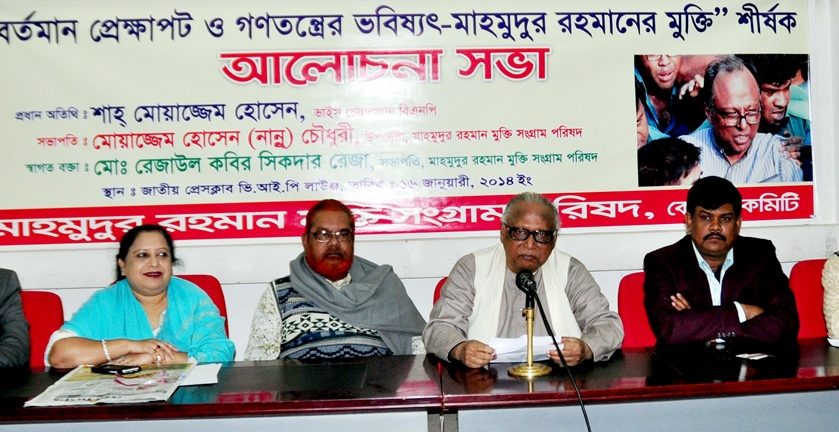