School of fish flash-frozen in Norway 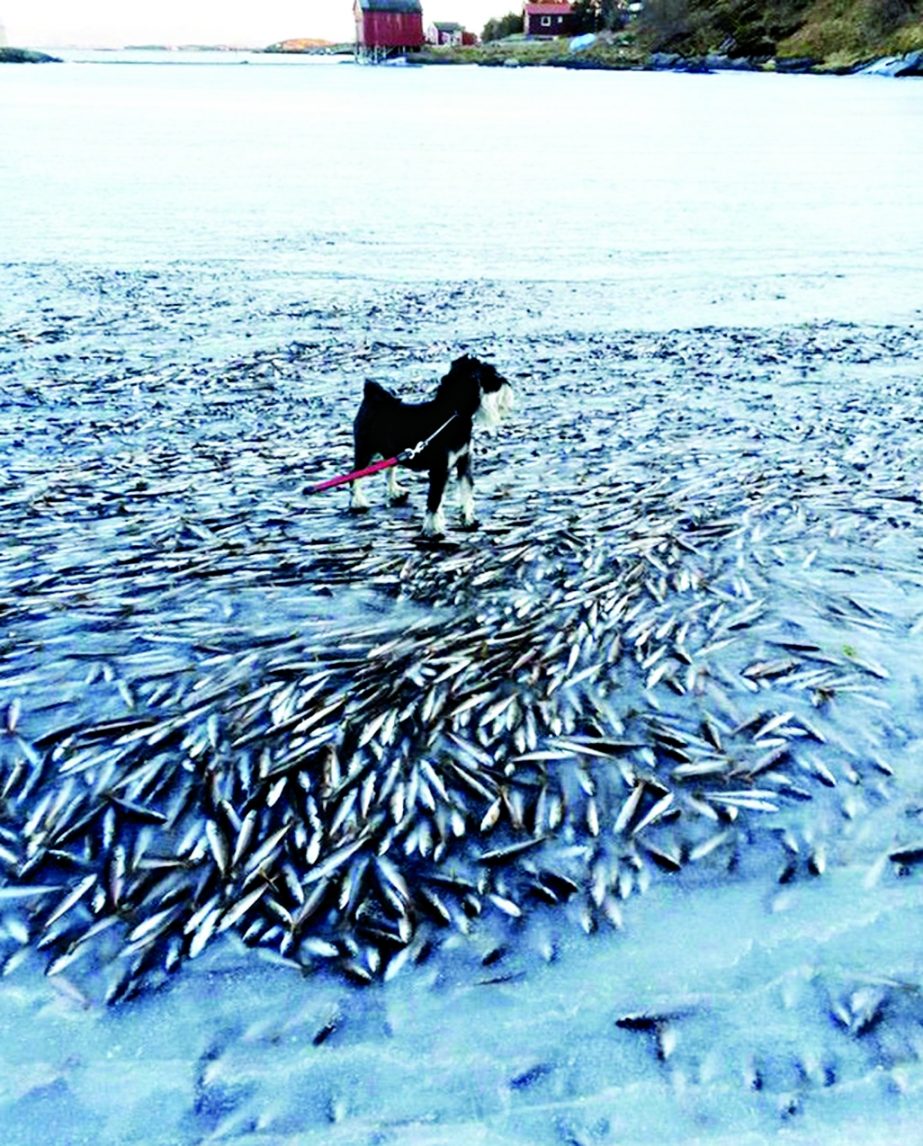 If you think the weather near you has been cold, ask this school of fish how chilly Norway is lately. The entire school of saithe was found frozen solid in the ice just off Lovund island.A local resident, Ingolf Kristiansen was taking his miniature schnauzer, Anton, for a walk when he came upon the scene.Reportedly the weather has taken a sudden temperature drop recently in northern Norway. The result is that an entire school of saithe (a fish belonging to the cod family), was caught by the weather and frozen solid, just as they were trying to leave the bay.According to Kristiansen, he has never seen anything like this. He told NRK (in Norwegian) that it had never happened there before, as far as he knew.”A temperature of minus 7.8 degrees, combined with an east wind, made the bay freeze in a very short time. The saithe had been chased to the shore by cormorants, and apparently were not able to get out to the open sea again,” he added. Kristiansen took the photo above of his dog, standing on the frozen fish, and once the news story hit NRK’s website, he started getting calls from the international media.Apparently he thought it was fun at first, but now even his son is receiving calls and voicemails, which is getting a little frustrating. The story has also received a lot of attention in neighboring countries and has been shared by both Finnish and Swedish media (in their respective languages).Aril Slotte, head of a local fishery institute, did tell the media that it is not uncommon for fish, such as herring, to be chased ashore by predators. However it is unusual that fish should be flash-frozen on arrival.

A human-hauler driver who received burn injurers during the 18-party alliance’s blockade program died on Friday morning. The driver Mitul succumbed to his burn injuries at Chittagong Medical College and Hospital (CMCH) in the morning. Mitul sustained 70 percent burn injuries when miscreants hurled petrol bombs on his vehicle in the port city’s Baejid area at 8.00pm on January 6. Mitul is the son of Mohammad Hannan at Daulatkhan in Bhola district....
January 10, 2014