Al-Jajeera.com :
The South Korean president, Park Geun-Hye, has ordered “airtight security” against the North after a flurry of propaganda and mixed messages from Pyongyang in the past week.
Park, who is at the end of a four-day state visit to India, told the country’s defence minister and other security-related ministers to improve border security, according to a report published on Saturday by the Seoul-based Yonhap News Agency.
A presidential official told media in New Delhi: “In India, Park ordered the [South Korean] defence minister and other security-related ministers to make more efforts to keep an airtight security posture against [potential] provocations at a time North Korea is conducting a flurry of propaganda offensives.”
Park’s directive followed a surprise offer from Pyongyang on Friday, when it issued a statement calling for an end “all acts of provocation and slander”, a day after it warned of “an unimaginable holocaust” if the South carried out military exercises with the US. 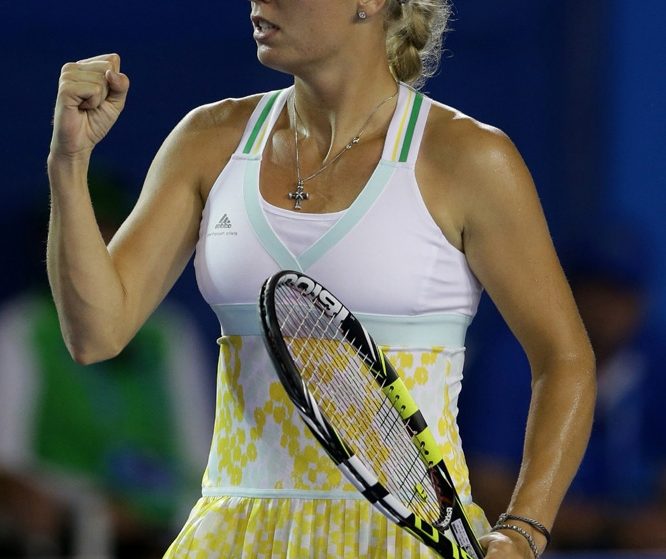 Caroline Wozniacki of Denmark reacts after winning the first set against Christina McHale of the US during their second round match at the Australian Open tennis championship in Melbourne, Australia on Thursday.