Xinhua, Frankfurt :
A survey released by a market research company Monday showed that the economic recovery in the eurozone accelerated at the end of 2013.
The final euro zone Purchasing Manager Index (PMI) Composite Output Index rose to 52.1 in December from 51.7 in November, the second highest level during the past two and a half years, according to the survey result of Markit, a leading global financial information services company.
It is a sign that the economic recovery in the euro area continued as the mark of 50 separates economic contraction and expansion.
“Final purchasing managers indices for the Eurozone confirm that the modest recovery continued and accelerated a bit in December,” Christian Schulz, a senior economist at Berenberg Bank’s London branch, said in a note.
According to Schulz, the “moderate recovery” was driven by the export-oriented manufacturing sector, where the PMI rose strongly to 52.7 from 51.6.
Holger Schmieding, chief economist at Berenberg Bank, argued that the euro crisis could come to an end.
Ireland and Spain have left their troika programmes; Italy and Spain can finance themselves at their lowest yield spreads over Bunds since mid-2011; most of the euro periphery has returned to some growth after impressive adjustment efforts, said Schmieding. 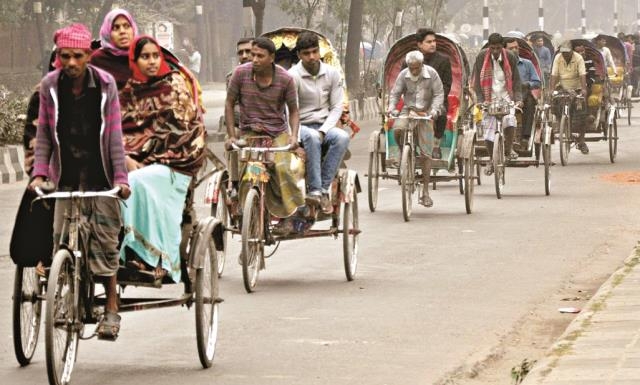 Commoners are going to their respective destination riding on rickshaws due to non-availability of passenger buses during hartal called by BNP-led 18-party alliance. The snap was taken from the city’s Agargaon area on Monday.