A 25-year-old woman in Lalmonirhat district has been hospitalised with severe burn injuries after her parents-in-law allegedly poured acid on her over a family feud.

According to locals, Mahmuda Khatun’s husband Hamidul Islam and her parents-in-law used to lock into altercation with her over trivial matters since their marriage.

Following such a feud on Wednesday night, Mahmuda’s father-in-law Atoar Rahman and mother-in-law Hamida Begum threw acid on her in their house in the Gendukuri area of Tongbhanga union in Hatibandha upazila, according to her father Abdul Malek Miah.

Locals rescued the woman and rushed her to Hatibandha Hospital first and then to Rangpur Medical College and Hospital, where she is currently being treated.

Rafiqul Islam, officer-in-charge of Hatibandha Police Station, said, “On information, we went to the hospital and saw the condition of the acid attack survivor. Legal steps will be taken after an investigation.” 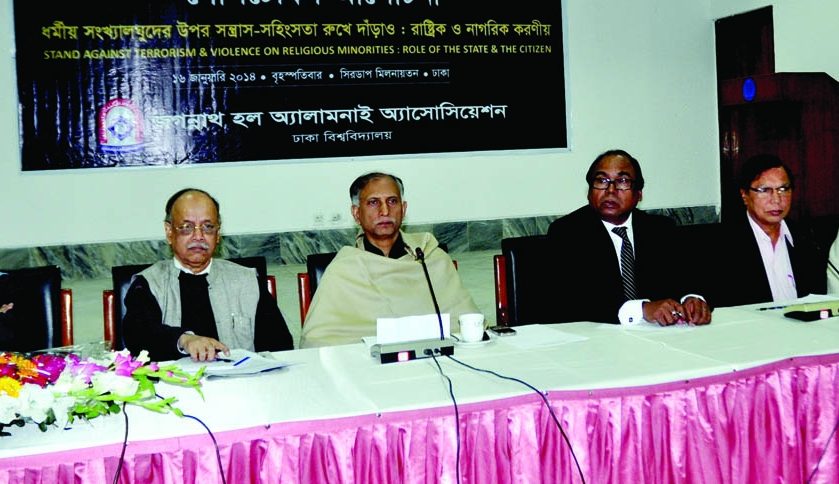 Dhaka University Vice-Chancellor Prof Dr AAMS Arefin Siddique, along with other distinguished guests at a seminar organized by Jagannath Hall Alumni Association at CIRDAP auditorium in the city on Thursday protesting attacks on religious minorities.