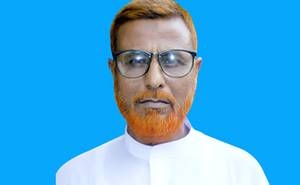 A Union Parishad chairman at Natore’s Shingra has been shot and hacked to death by assailants. The 56-year old victim, Fozlar Rahman Funu, was a member of Awami League’s executive committee and chairman of Kalam Union Parishad.
Fozlar was attacked at midday while he was going to Parshaul from Shingra on a motorcycle. His nephew Zillur Rahman, 25, who was accompanying him, was injured. Doctors at Natore Sadar Hospital said he has suffered cut wounds, but is out of danger. Singra Police Station OC Shafiqul Islam said Fozlar, who was in a critical state after the attack, died while he was being shifted from Natore Sadar Hospital to Rajshahi Medical College and Hospital.
Four men on two motorcycles shot the UP chairman, who was also on a bike, the OC said quoting witnesses.
As he fell from the bike, his attackers randomly hacked him and his nephew before fleeing.
The MP of the area and state minister for Information and Communication Technology Junaid Ahmed Palak visited the hospital.
Law enforcers have launched a manhunt to nab the assailants.

Samajtantrik Sramik Front brought out a procession in the city on Friday marking its 32nd founding anniversary.