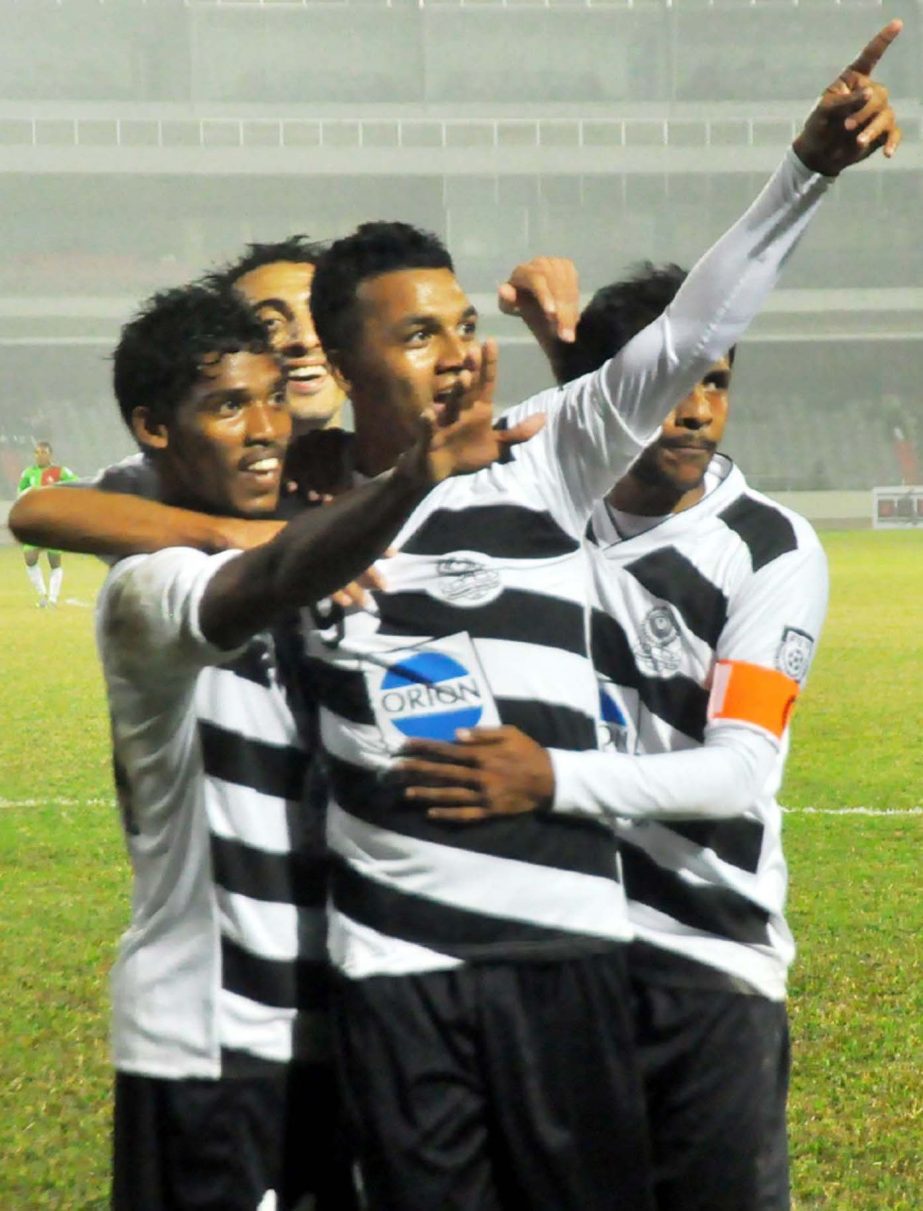 Dhaka Mohammedan Sporting Club recorded their first victory in the Bangladesh Premier Football League beating Team Bangladesh Jute Mills Corporation (BJMC) by 2-0 goals held on Wednesday at the Bangabandhu National Stadium.
Mohammedan got the first scoring chance in the 18 minutes, but Egyptian midfielder Mostafa Seddik’s 20 yard shot was saved brilliantly by Team BJMC’s goalie Arifuzzaman Himel who dived to his left..
BJMC goalie Himel saved his team again from conceding another goal in the 27th minutes. Forward Wahid Ahmed’s cross to Mostafa Seddik found him unmarked in the in box but the Egyptian’s shot was saved by Himel.
However, forward Wahid broke the dead lock for the traditional black & whites ‘outfit’ in the 28th minutes of the match. He netted the ball with a placing shot on a low cross off winger Zahid Hossain from the left flank.
But, in the 34th minutes, Wahid squandered another easy chance to double the lead. Winger Zahid Hossain put a cross to Wahid who failed to place the ball into the net having one on one situation with BJMC goalie Himel.
Zahid missed another open net chance as he shot outside the side post in the 44th minutes.
After the first half, BJMC started with attacking mood and tried to restore the parity but forward Aminur Rahman Shojib wasted the chances.
Guinean forward Ismael Bangura sent a square pass from the right flank to Shojib who placed the ball but the ball slept from goalie Himel’s hand but defender Mintu Sheikh cleared the goal bound ball.
In the 52nd minuts Egyptian Mostafa Seddik missed another opportunity to double the margin as his shot was blocked by custodian Hemel.
Young star Vincent wasted a chance in the 65th minutes having open net when he placed the ball out side of the post.
Zahid, however, sealed the fate of the match in the 82nd minutes when he chipped the ball over Himel from the top of the box( 2-0).
Mohammedan has five points from three matches while BJMC has three points all playing three matches.
In the first match of the day, Uttar Baridhara and Chittagong Abahani limited played out a goalless draw at the same stadium. 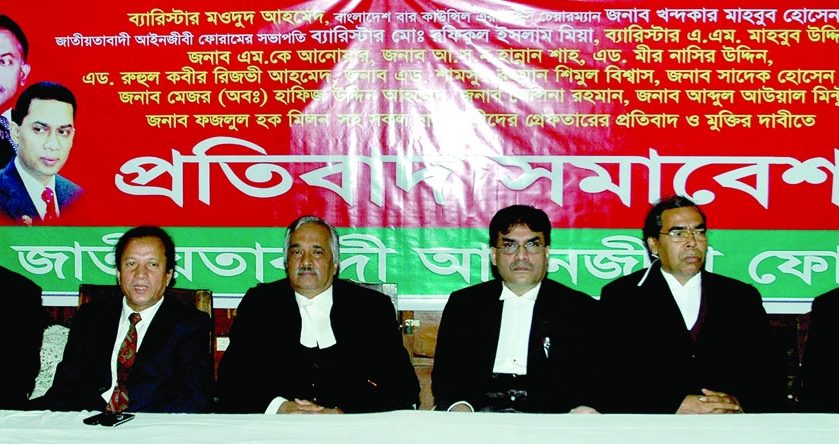 Former President of the Supreme Court Bar Association Joynul Abedin, among others, at a rally organized by Jatiyatabadi Ainjibi Forum in Shamsul Huq Auditorium of the Supreme Court in the city on Wednesday demanding release of all national leaders and lawyers including Barrister Moudud Ahmed and Khondkar Mahbub Hossain.

Who cares? Brick kilns all over at Ashulia and around the capital pose a serious threat to healthy environment for years. This photo was taken on Friday.

A Milad Mahfil on the occasion of Eid-e-Miladunnabi was held in Chittagong yesterday.