PTI, New Delhi :
Steps to boost trade through land route and resolve the contentious MFN issue will come up for deliberations between Commerce Ministers of India and Pakistan who are meeting tomorrow after a gap of about 20 months.
The preliminary agenda for the meeting has already been set by the Commerce Secretaries of the two nations during the two-day talk which concluded Friday.
“Commerce and Industry Minister Anand Sharma and his Pakistani counterpart Khurram Dastagir Khan will meet Saturday and discuss ways to further normalise the trade liberalisation process,” a commerce ministry official said.
On MFN, Khan had said Pakistan is discussing on non-discriminatory access (NDA). In a way, he has virtually ruled out grant of ‘MFN’ tag to India. New Delhi has granted this status to Islamabad in 1996.
“Regarding the ‘M’ word, let us just say that we have shifted it one letter down to ‘N’ and now we are discussing NDA. The idea of course is (that) instead of getting caught or rather stranded in nomenclature, we should work sincerely towards proving substantial market access to each other whatever nomenclature we use,” Khan said yesterday.
However, till now India has not yet clarified its stand on NDA.
The trade liberalisation process between the two nations was impacted after the beheading of an Indian soldier in January last year.
Pakistan had missed the deadline of granting MFN status to India. It was to grant in December 2012 by eliminating the negative list of 1,209 items.
The Commerce Secretaries of India and Pakistan met last time in September 2012.
The bilateral trade between the countries stood at USD 2.60 billion in 2012-13. 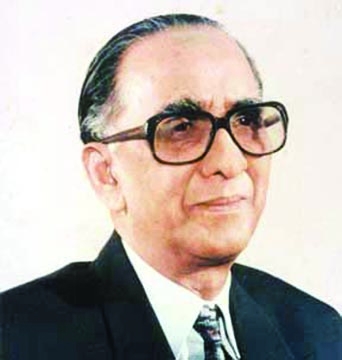 CHUNARUGHAT (HABIGANJ): A rally was brought out at Chunarughat marking the holy Eid -e- Miladunnabi on Tuesday.