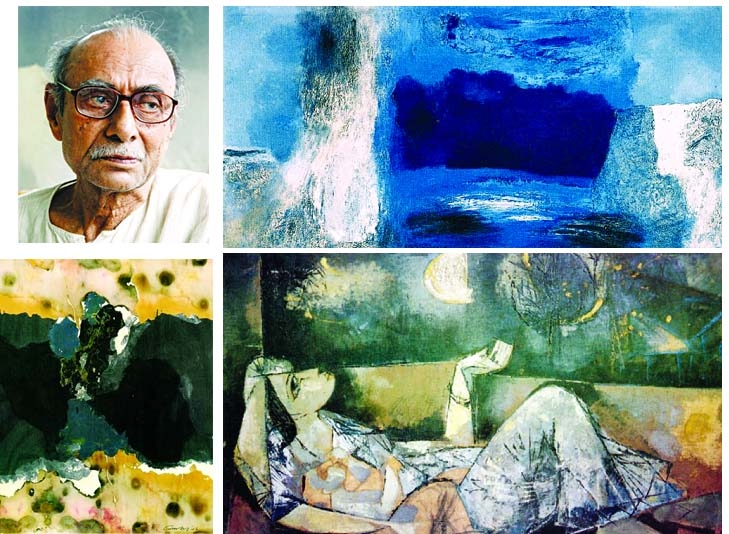 Sheikh Arif Bulbon :Mohammad Kibria (1929-2011) was a unique painter. Born in Birbhum of West Bengal on January 1, 1929. The school that he had gone to facilitate art shows and cultural events providing the opportunity for young Kibria to be exposed to works of the Indian giants – among them there were once works of Rabindranath Tagore, to whose impassioned expression he took a definite liking. There was a drawing teacher who administered such effective ways of learning that attentive pupil like Kibria was visibly awakened to have become aware of his calling. Under the teacher’s guidance, Kibria used to contribute images to the school’s hand-written wall-magazine, and this is the very site where the early marks of talent were deposited, making visible the first creative sparks of young Kibria. After completion of school education in 1945, he got himself admitted into Kolkata Art School (College of Arts and Crafts) and obtained BA Degree in Painting in 1950. He started to reside permanently in Dhaka from 1951 and joined as a drawing teacher in Nawabpur School. In 1954, he got appointed as a faculty member in Art Institute, Dhaka (now the Faculty of Fine Arts, University of Dhaka). In 1959, he received higher education in painting and printmaking in Japan. The element of Japan in the discourse of Kibria brings up the issue of temperament and it comes to discover that Japanese modern artists like Gutai et al, with their radical expressions brought forth as impassioned responses to American AbEx, failed to inspire Kibria. Mohammad Kibria served as a faculty member of then Fine Arts Institute until 1987. While the institute went under administrative control of University of Dhaka, he was appointed as a professor in the department of Printmaking. In 1997, he retired from University of Dhaka officially. He was honoured with the post of Professor Emeritus of Dhaka University in 2008 and he held this post until his death in 2011. The artistic life of Mohammad Kibria comprises of several stages, which are marked by different dimensions in his artworks. For example, his paintings of the 70’s titled Chhai (Ashes) are notable to mention. Through the uses of cross shaped composition, rock-like solidity in square areas and the torn textures spread all over the paintings are significant. In the paintings of 80’s the squares are transformed into uneven, unrestrained areas.Juxtaposition of various colours such as red, blue, black, grey, green, brown to form different planes gives the canvas the shape of walls of a isolated landscape. From the middle of 90’s white started to cover greater spaces in his canvas than other colours. Kibria’s works were primarily a means for him to zero in on the abstracted urban surfaces – micro-worlds of weathered walls and topographies of tree trunks. Through process and representation there emerge ambivalence between concrete and imaginary iconography. In this period Kibria started to show his inclination towards minimisation. He began to express his ideas by limiting the range of form, expanding the vastness of space, mobilizing the extent of textures and using earthly colours. Mohammad Kibria relentlessly pursued for an abstract method of expressing the innermost tone of nature and the deepest feelings of human mind throughout his life. He died on June 7, 2011 at the age of 82. Vigorously active till the end, Kibria’s choice of colours and textural configurations had also left a decisive impact on the Dhaka art scene. The distant, elevated plateau he has been able to create still seems a long shot for many a follower and this perhaps has been the basis for the high esteem with which he has been held by successive generations of artists. For his life-long devotion to painting he received Ekushey Padak and Swadhinata Padak. Mohammad Kibria – the artist and teacher -left behind his wife and two sons and a school of admirers. n 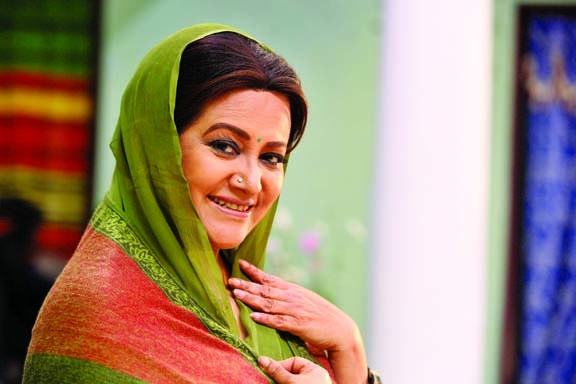 Ensuring rights of the backward people