BNP Chairperson Khaleda Zia has called a meeting of the leaders of 18-Party alliance on Monday. The party’s Assistant Office Secretary Abdul Latif Jony told bdnews24.comthat the meeting is scheduled for 8.30pm on Monday at Khaleda’s Gulshan office. He said that the BNP Chairperson will go to her office at 7.30pm where she is scheduled to meet the Saudi Arabian ambassador. Following the Jan 5 polls, the BNP-led 18-Party alliance had called for a non-stop countrywide blockade demanding the polls be cancelled. In a statement issued on Saturday, the party’s acting Secretary General Mirza Fakhrul Islam Alamgir said that the blockade will be observed till 6am Monday until further announcement. The BNP leader said that they would later announce their next course of action. Khaleda’s last meeting with her allies was held on Nov 18, which was convened to set the agenda for a meeting with the President. The following day, a 20-member delegation of the 18-Party headed by Khaleda Zia went to meet President Md Abdul Hamid. 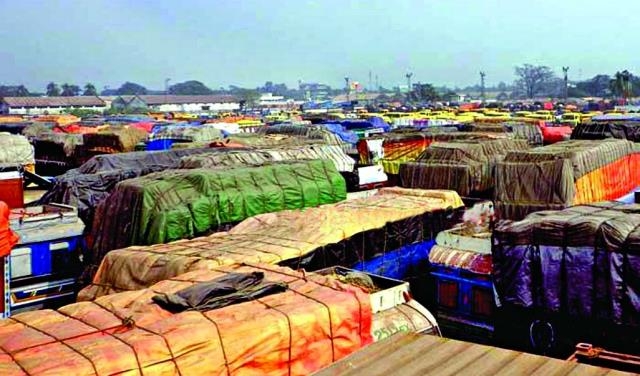 Hundreds of trucks loaded with imported perishable goods worth several crores of taka remained stranded at Benapole border due to hartal and blockade for many days. This photo was taken on Tuesday.