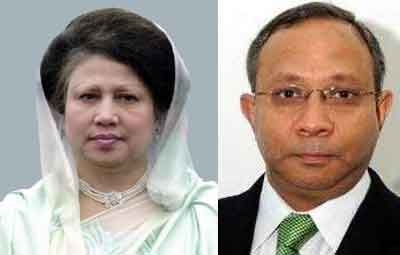 Indian High Commissioner Pankaj Saran will meet BNP Chairperson Khaleda Zia on Thursday.The meeting will be held at Khaleda’s Gulshan political office around 7:30pm, her media wing member Sayrul Kabir Khan told UNB on Wednesday night. Various bilateral issues are expected to be discussed at the meeting, Sayrul added.This will be the first meeting between Khaleda and the Indian envoy after the 10th parliamentary elections held on January 5 amid boycott by BNP and its alliance partners.Party sources said the BNP chief is also likely to discuss the latest political developments in Bangladesh, the next general election and post-election violence against minority communities.

Chittagong Bureau :Despite yearlong political unrest in the country, the economy faces deadlock but the income of Chittagong Port increases to some extent. In comparison with last year(2012) , the revenue income increases by Tk.28 cr 11` lakh in immediate past year(2013), a port sources said. Sources said Ctg port earned revenue Tk.1562 cr in 2012 but in 2013 increases to Tk.1590 cr 11 lakh .Despite the total political unrest, Ctg port has achieved positive success in revenue income which...
January 17, 2014