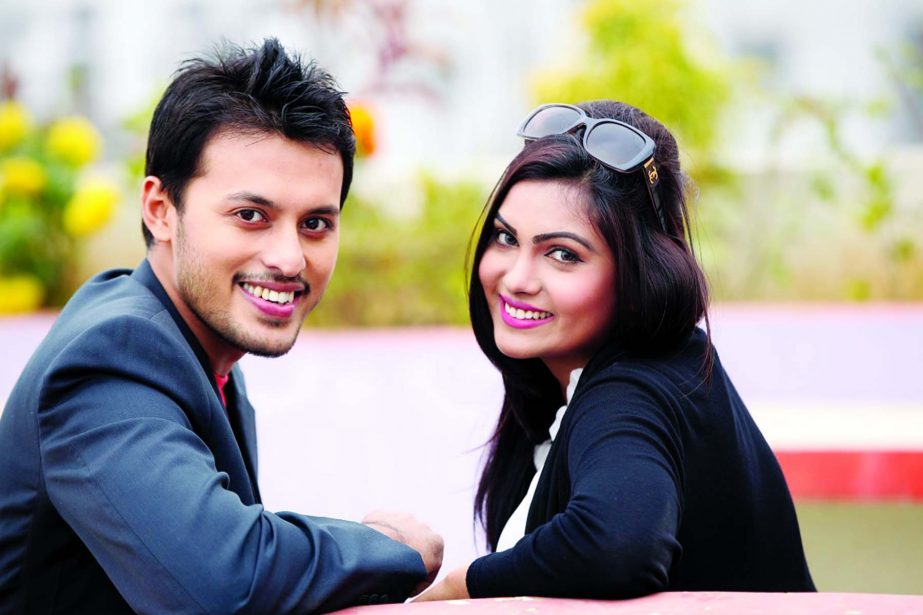 Entertainment Report :
For the first time in daily soap, popular TV actress of present time Hashin Rawshan Jahan and Champion of the ‘The Ultimate-man’ Irfan Sajjad have performed together as a pair.
They performed together in a daily soap titled Shonali Megh-er Bhela, which was directed by Towhid Khan Biplob, made for Desh TV.
Shooting of this new daily soap was wrapped up on Wednesday. Aslam Liton has written story of the daily soap.
While sharing her feelings to perform against Irfan Hashin told this correspondent, “It is my first work with Irfan. Though he is a newcomer but Irfan is getting matured in acting day-by-day. We had enjoyed working against each other. I hope viewers will enjoy to watch the daily soap.”
Irfan shared his feelings by this way, “It is said that I am a newcomer in acting arena. But I am getting huge cooperation from them whom I am working in media. Everybody pray for me.”
It may be mentioned that Irfan Sajjad firstly performed in TV play against Tisha. Title of the play was Bhalobashar Golper Sheshangsho, which was directed by Mabrur Rashid Banna.
Therefore Irfan acted mentionable TV plays are: Mahfuz Ahmed directed Shorisreep, Raihan Khan directed Jodi Bhalo Na Lagey To Diona Mon-2 and Ashporsho Bhalobasha, Arun Chowdhury directed Kaliganj-er Bhuter Bari and Shamim Ahmed Roni directed Shob Prem-er Golpo Ek Hoina.
However, Irfan acted mentionable drama serial is Matia Banu Shuku directed Dhonni Meye. But six other drama serials are waiting to broadcast now, Irfan said.
On the other hand, Hashin has already finished work of Shuvro Ahmed directed Bastob Obhiggota and Aquib Anik directed Zinnah Bhai-er Short Circuit.
Hashin acted mega seria Radio Chocolate Reloaded is being aired on Desh TV now.
Therefore, Hasin acted and Mostafa Monon directed new drama serial titled Nayika is coming on Maasranga TV soon, Hashin said. n 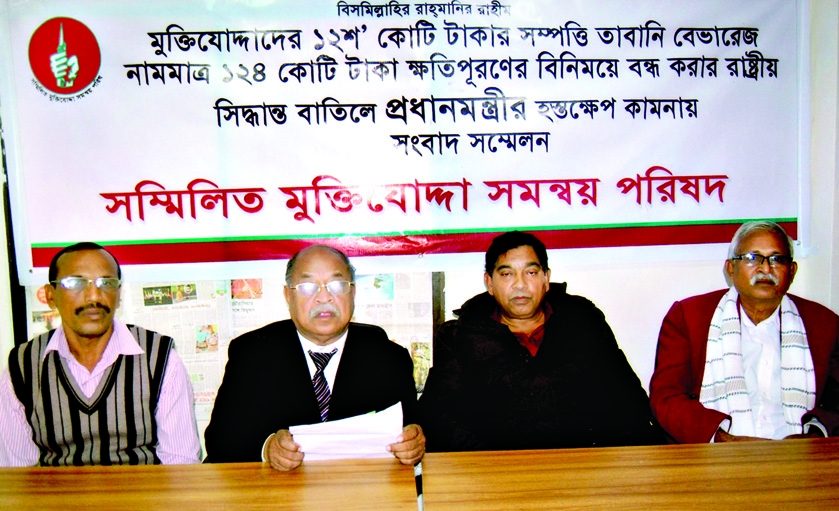 Speakers at a press conference organized by Sammilito Muktijoddha Samonnoy Parishad in the city on Friday protesting step to cancel marketing of Coca Cola.