BBC Online :
Activists in Burma say eight Rohingya Muslims were killed by police in fresh violence in Rakhine state.
Details about the incident, which is said to have taken place last week near the town of Maungdaw, vary widely.
Reports say clashes erupted with police following the disappearance of a policeman at a Rohingya village.
The government of Burma (also known as Myanmar) said it had no information, but local authorities denied any killings took place.
Rakhine state officials told the BBC that 84 Rohingya villagers had been arrested after an incident.
But the Arakan Project, an advocacy group that focuses on Rohingyas, said events reached their climax on 13 January in Du Char Yar Tan village with at least eight people killed and more feared dead. Women and children are reported to be among the dead.
The US Embassy in Burma also expressed concern at “reports of excessive use of force by security officials”.
In 2012, extensive clashes erupted between Buddhist and Muslim communities in Rakhine state, leaving almost 200 dead.
Tens of thousands of Rohingya Muslims remain displaced in the wake of that violence, many still living in camps.
Sporadic outbreaks of anti-Muslim violence continued throughout 2013 in other parts of Burma as well.
According to reports, tensions rose last week when Rohingya Muslims from the village clashed with police after they discovered that several Rohingyas had been killed when they were caught trying to flee over the border to Bangladesh.
When a local policeman was reported missing, presumed killed, following that clash, more police entered the village resulting in the violence in which the eight were killed, reports said.
The BBC’s Jonah Fisher in the capital Naypyidaw says that the details are impossible to confirm, but is clear that something very serious took place earlier this week. 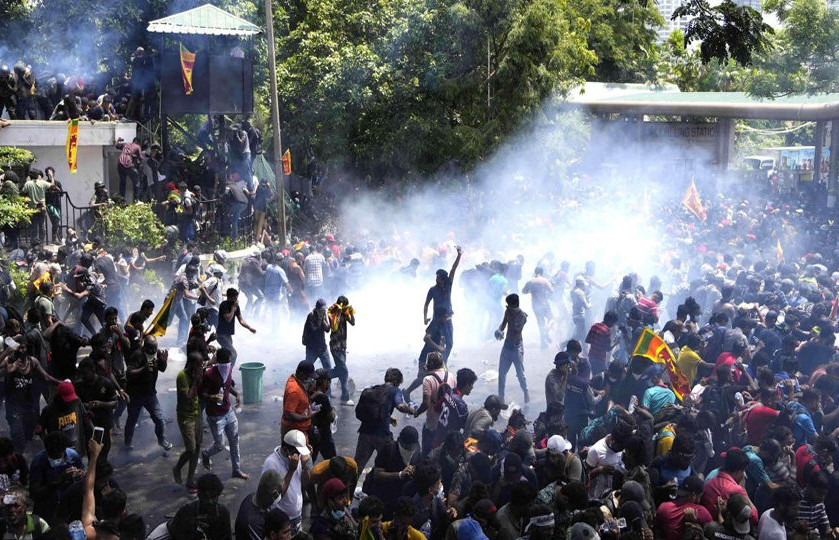