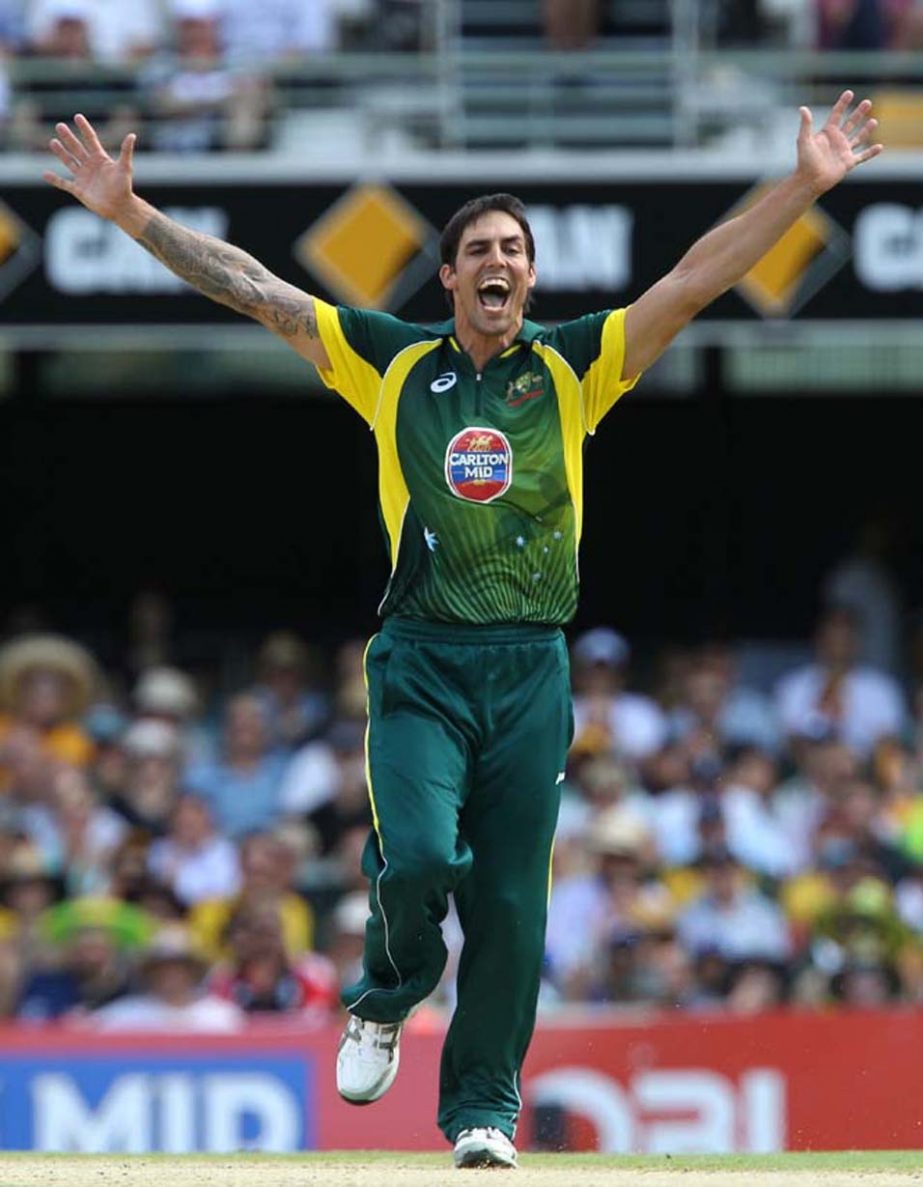 AFP, Brisbane
Australian allrounder James Faulkner smashed 69 runs from just 47 balls to give Australia a miraculous one wicket win in the second one day international at the Gabba on Friday.
Chasing 301 for victory, Australia looked down and out at 244-9 with six overs remaining.
But Faulkner had other ideas as he launched an all-out assault on the English attack, being particularly brutal to Ben Stokes, who went for 1-74 from his 10 overs.
Faulkner smashed three fours and five sixes against England, who had been on track to record their first win over Australia on a miserable tour.
The Tasmanian sent the crowd of just over 32,000 into raptures with two massive sixes in the 49th over, before finishing England with three consecutive boundaries off Tim
Bresnan to give Australia a 2-0 lead in the five match series.
Faulkner’s innings overshadowed a superb century from England’s Eoin Morgan, whose 106 earlier in the day came from 99 balls.
After starting cautiously, the left-handed Morgan picked up the pace in the last 10 overs, smashing four boundaries and clearing the rope six times in a brutal display, his second 50 taking just 24 balls.
With such an imposing target to chase, the Australians needed to get away to a good start — but they were rocked early when Chris Jordan dismissed Aaron Finch, the first match century- maker spooning a simple catch to Gary Ballance at mid-off for a duck.
Jordan struck again to remove David Warner for 18, somehow hanging on to a one-handed return catch from a full-blooded drive from the dangerous Australian opener.
Part-time off spinner Joe Root then grabbed the key wickets of Michael Clarke (17) and Shaun Marsh (55) to put the visitors in control at 114-4.
The Australians were in further trouble six runs later when towering seamer Boyd Rankin found the right length and had George Bailey trapped in front for 24.
Glenn Maxwell (54) and Brad Haddin (26) launched a counterattack, putting on 80 in 67 balls, but Bresnan struck twice in one over to dismiss both batsmen and leave the home side at 206-7.
Nathan Coulter-Nile and Mitchell Johnson came and went, and at 244-9 it looked all over until Faulkner’s stunning knock. 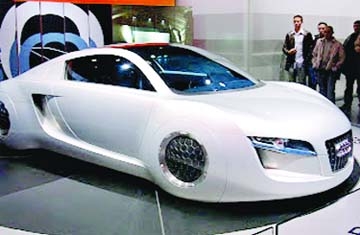 The car of the future today

Commoners are going to their respective destination riding on rickshaws due to non-availability of passenger buses during hartal called by BNP-led 18-party alliance. The snap was taken from the city’s Agargaon area on Monday.

Tale of a Bengal sweetheart