IANS, Islamabad :
An accountability court in Pakistan Friday indicted former prime minister Raja Pervez Ashraf, and six others in a rental power case and adjourned the hearing until Feb 4. All the accused, including Ashraf, who was also the minister for water and power, refused to plead guilty, while the bench hearing the case sought all relevant evidence from the National Accountability Bureau in the next hearing of the case, Dawn online reported.
Talking to the media, Ashraf, a Pakistan People’s Party member, who served as prime minister between June 2012 and March 2013, said he could not comment on the issue as it was sub-judice.
Ashraf was accused of misusing his authority during his tenure as the minister for water and power to obtain approval from the Economic Coordination Committee and the cabinet for an increase in down payment to the rental power companies from seven to 14 percent, amounting to about Rs 22 billion. 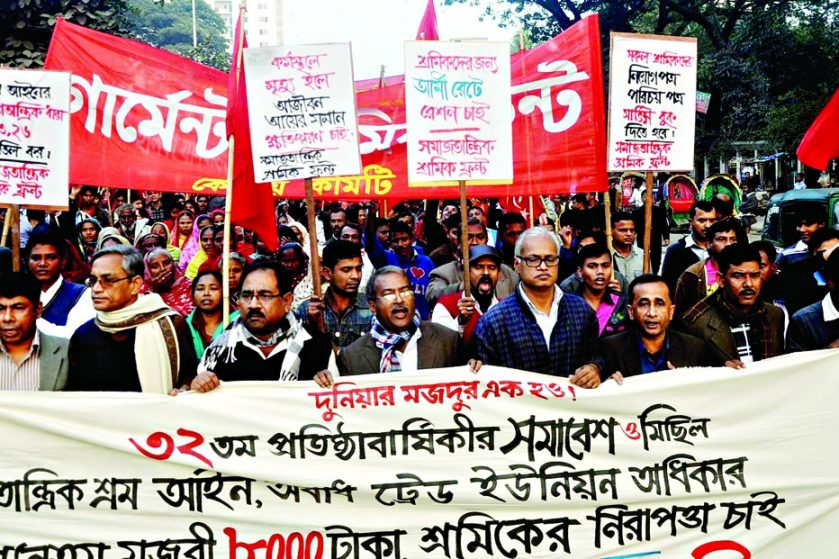 Samajtantrik Sramik Front brought out a procession in the city on Friday marking its 32nd founding anniversary.

Appalling condition: The capital enveloped in dense fog and chilly cold caused disruption in the movement of vehicles on Friday. This photo was taken from Kuril Flyover in morning hours.