Editorial Desk
The government has sealed the press of the Bengali Daily Inqilab on Thursday night for publishing a highly controversial story thus virtually banning the publication of the daily rendering its newsmen and press workers out of jobs.
The action came as a big shock only to see that yet another newspaper has been forced to go out of publication, in addition to three more TV stations stopped functioning under the tenure of the present Awami League government.
We know that the Daily Inqilab has published the news item which appeared highly prejudicial to the government. Information Minister Hasanul Haque Inu has justified the action saying the news item has the potential to harm Bangladesh-India relations and moreover create tension within the country.
The existing ICT Act also does not allow publication of such news item and the government has taken the steps accordingly within the purview of the existing laws, he said yesterday. As a matter of fact, we are not going to say anything whether or not it was a right step to publish the news item. There may be divergent views about it and we want to remain out of the controversy.
What we want to say is that every news item must be credible and based on fact. But if one has done a mistake or even mischief, the banning of the publication of a daily by sealing of the press is not the only solution to such problem. The government can have the justification for suing concerned reporter and others and in fact has already done it. Now if they had violated the law, they will be punished if they are found guilty in the court.
But by forcing to stop publication of the daily the government has in fact not punished the publisher and the editor, the poor newsmen and press workers who earn their livelihood on monthly wages have in fact been punished unnecessarily. We are for press freedom but also for responsible journalism.
Similarly we are also against using the media as political instrument by over zealot newsmen who often work at some newspapers more on political motive to instigate people than based on real facts and figures in the ground. We are against both – closing the newspapers and also against purported news.
Here we also want to remind the government of some decisions of the Supreme Court which said the government can’t indiscriminately close down a newspaper, rather it must resort to other corrective steps; since such step destabilize the life of the newsmen and press workers.
Moreover as we know, the newspaper in question has expressed regrets and sought a peaceful solution to the problem. In this situation, the government could have avoided the extreme decision to push the newspaper to the brink.
We shall urge the government not to force upon the management the closure of the Daily Inqilab throwing journalists and other workers in the street unnecessarily. It may only invite noisy protests in the streets. 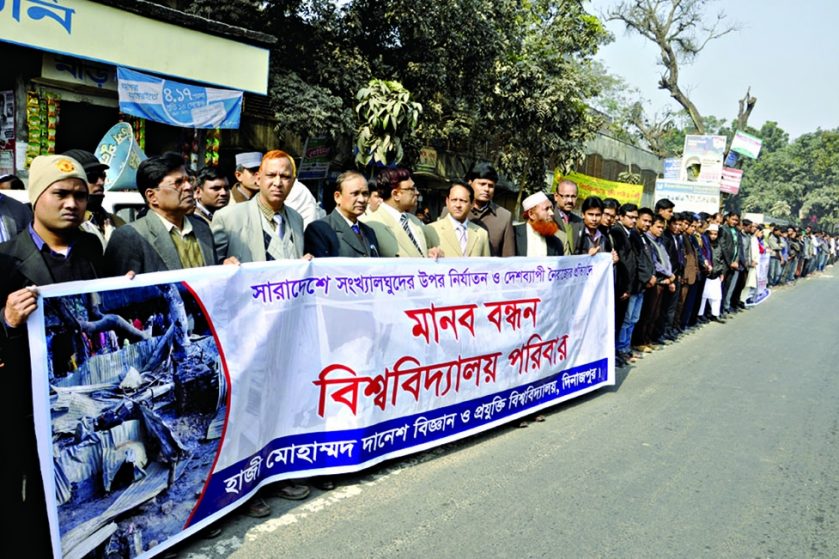