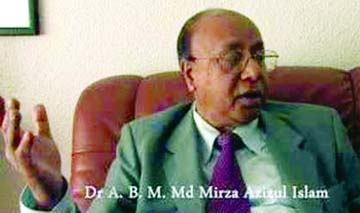 bdnews24.com :
Implementation of budget for the current fiscal is the major challenge before the new government, says former adviser to a caretaker government ABM Mirza Azizul Islam.
Revenue earnings fell short of target by Tk 95 billion in the July-Dec period of 2013-14 fiscal due to political turmoil, he said.
The trend is likely to continue in the remaining six months, he added.
“Under this circumstance, the government will be forced to make some adjustments in the budget. It will have to cut expenses as earnings have dropped.
“But how it will be done, from which sector to which sector fund will be diverted and which will be given priorities— all these will pose a big challenge before the government, I think.”
Azizul Islam expressed his view in an interview with bdnews24.com on Wednesday, three days after Awami League President Sheikh Hasina took oath as the Prime Minister for the third time.
Aziz said, “It’s good in a way that the previous and incumbent governments are led by the same party. Both the Prime Minister and Finance Minister have remained unchanged.
“That’s why there will not be any political problem in implementing the budget for the 2013-14 fiscal.”
“However, there will be funding problems. All economic sectors have been severely affected due to destructive political activities like shutdowns and blockades over the last several months. And it has impeded revenue earnings.
“Buying and selling slumped as businesses and markets remained closed for days affecting revenue collection from VAT. Even revenue mobilisation from Income tax has dwindled.
“Income tax return submission too was less than the previous year even after extension of the deadline until Dec.
“Corporate tax collection will also decline. There will be less duty tax since import was fewer.”
Under these circumstances, if the government does not cut expenses, Aziz thinks, it will have to borrow from banks to meet its requirements.
If that happens, loan flow in private sector will come down and that will have a negative impact on investment, he says.
The economist suggested the government should maintain austerity in expenditures.
“The government should carefully handle its budget in the remaining six months (Jan-June). From its annual development programme, it will have to set aside least important projects and should give priority to important projects.”
“The government will also have to slash its revenue expenses. Subsidy should be reduced.
“Effective measures will have to be taken to reduce losses of those public sector organizations which are incurring losses for years.”
Referring to political uncertainties, the former finance and planning adviser of a caretaker government said, “We have to offset the loss the economy has incurred so far ourselves. Nobody else will do that for us. The loss should be recouped by enhancing investment.
“The first thing we need to do to increase investment is to quickly fix the damages caused to the infrastructure sector (road, railways and others) due to shutdowns and blockades.
“The long term problem in gas, power, ports and road communication will also have to be solved on priority basis.”
Pointing at the drop in investments, Aziz said, “We have failed to draw major investments for quite a long period. It has worsened due to political uncertainties. The government will have to focus on this.
“Boosting investment, I think, is the main challenge before the new government.”
Aziz thanked BNP Chairperson Khaleda Zia for not announcing shutdowns and blockades after the Jan 5 national polls.
“Political stability is the foremost requirement for the development of a country. But our country lacks it.”
He, however, claimed that a peaceful ambience was in sight.
“Hope this will continue. The ruling and opposition parties will find a respectable solution so that politics does not further hamper our economy.”
Aziz said according to Bangladesh Bank, it would not be possible to fulfil the 7.2 percent GDP growth targeted for 2013-14 fiscal in the current context.
“We now have to set a fresh target to move forward so that growth does not come down below 6 percent. It will be possible only when there is stability in the country.
“Everything will depend on the political situation in the next six months.”
The World Bank had projected 5.7 percent GDP growth in the current fiscal while the International Monetary Fund forecast 5.5 percent growth.
Pointing at miserable condition of banking sector, the former adviser said, “This sector is plagued with loan defaults. Of them there are many bad loans.
To deal with this situation banks will have to come up with special waivers including cutting interest rate in an attempt to increase investment. The government will have to take measures considering these issues, he said.
There would not be any development unless political intervention in banking sector is stopped, Aziz said.
“The Hallmark scam is the big proof of political intervention. There are many other scams which might not have been published in the media or we are unaware of.”
Aziz suggested the banking sector should be reorganised to restore discipline.
The former chairman of Bangladesh Securities and Exchange Commission (BSEC), the regulatory authority of the capital market, urged the government to pay attention to the share market keeping in view the losses incurred by millions of small investors. 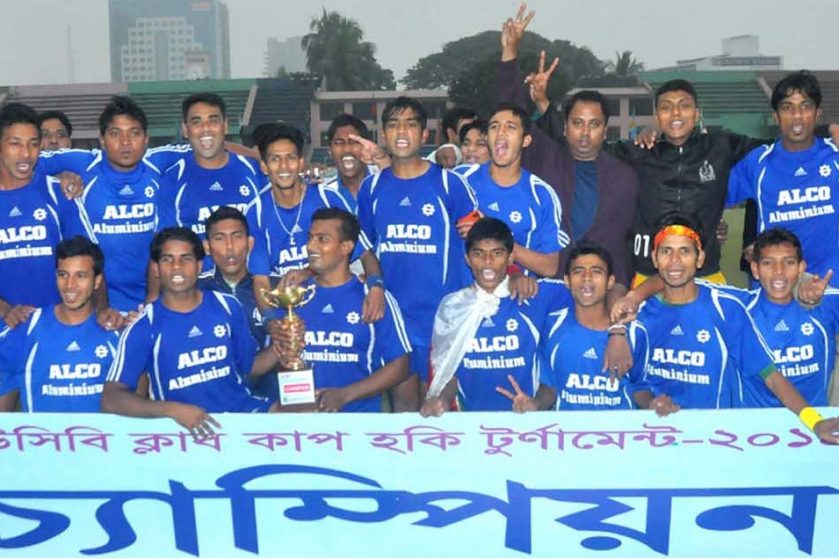