UNB, Joypurhat :
Members of Rapid Action Battalion (Rab) rescued two boys from the clutches of an alleged human trafficker at Chakgupal village in sadar upazila on Friday.
The rescued, identified as Shamim, 12, and Jamal, 10, are residents from Ranisagor in Ranisankail upazila of Thakurgaon district.
Sources at Rab-5 Joypurhat camp said Shamim and Jamal are students of a madrasa in Damuirhat upazila of Naogaon.
In the afternoon, when the boys came to Joypurhat rail station on way home, a human trafficker named Anwar Hossain happened to meet them.
As the man grew intimacy with them after gossip, he offered to reach them to their houses.
While passing through the village, the boys sensed the evil motive of Anwar and started screaming, leading locals to rush in.
They rescued the two boys and caught Anwar and handed over them to Rab.
During interrogation, Anwar confessed to Rab that he had attempted to traffic the two boys to India.
A case was filed in this connection. 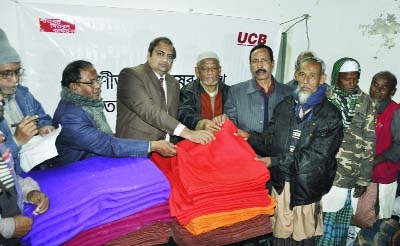